If you are experiencing bleeding between periods, whether it's heavy bleeding or spotting, this is definitely something to bring up to your OBGYN. Even if the bleeding is not accompanied by any pain, it could be a sign of an underlying health condition. How will your OBGYN treat the bleeding? Well, that depends on its cause. The following are a few of the most common causes of bleeding between periods, along with recommended treatments.

Sometimes bleeding between periods can be caused by low estrogen levels or an imbalance of estrogen and progesterone. Your OBGYN can confirm this with a blood test. If a hormone imbalance is to blame, taking birth control pills will often help get the bleeding under control. You will, however, need to be very careful to always take the pills on time, every day. A longer-term hormonal birth control option, like the Depo-Provera shot, may sometimes be recommended too.

Fibroids are basically fibrous growths in the uterus. Although they are non-cancerous, they can cause symptoms like bleeding between periods, pelvic pain, and bloating. Your OBGYN can diagnose fibroids with an ultrasound. If you are diagnosed, your OBGYN will probably recommend having the fibroids removed. There are a few different procedures that can be used to do this. Usually, it can be done non-surgically, often by using radio waves to break up the fibroids. If the fibroids are very large and serious, however, they may need to be removed surgically.

Gonorrhea is a sexually transmitted bacterial infection. The symptoms usually first appear about 10 days after one is exposed. For women, possible symptoms include cloudy discharge, pain when urinating, and bleeding between periods. Symptoms do vary, though, and for some women, the between-period bleeding is the only one they experience. Gonorrhea is easy to diagnose. Your OBGYN can take a swab of your vaginal discharge and have it tested for the presence of infectious bacteria. This procedure is painless.

Luckily, gonorrhea can easily be treated with antibiotics. The earlier it is treated, the better, so don't delay making an appointment with your OBGYN.

Bleeding between periods is not something you should ignore. It may not seem like a big deal at the time, but the conditions that cause it tend to get worse without treatment. There's no need to be embarrassed about this issue; it happens often and your OBGYN is used to dealing with it. To get treatment for abnormal bleeding, contact your OBGYN. 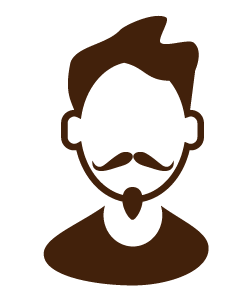 Do you experience heavy periods? Perhaps, you’ve noticed that your periods are getting worse each month. If you can relate to this situation, consider making an appointment with an experienced OBGYN as soon as possible. Uterine fibroids are one of the numerous causes of heavy periods. If your OBGYN determines you have them, this medical professional might recommend you undergo a surgical procedure to remove them. If you don’t plan to have any more children, your OBGYN may suggest you take a medicine created to shrink uterine fibroids. On this blog, I hope you will discover the most effective treatments for uterine fibroids. Enjoy!

Bleeding Between Periods? Here's What Your OBGYN Can Do
17 September 2020
If you are experiencing bleeding between periods, whether it's heavy bleeding or spotting, this is definitely something to bring up to your OBGYN. Eve …

4 Things You Should Definitely Share With Your OBGYN During Pregnancy
6 August 2019
Becoming pregnant is one of the most exciting things that can happen to you. Yet amidst the excitement of preparing the baby's room and choosing names …

What Can Your Doctor Tell from a Pelvic Exam?
24 October 2018
Going to the gynecologist isn't exactly fun, but it is a necessary component of a women's health care regime. But if you aren't having any issues, is …